2017 NH Business Energy Education Series: Vol 24 – A Final Word on the Albatross that is Northern Pass

As our 2017 Business Energy Education Series draws to a close here in December, I can’t help but take a few parting shots at the Albatross we call Northern Pass.  Reporter Garry Rayno just recently offered up his view HERE in this piece for InDepth NH .  Another report by Rayno at a recent NH Site Evaluation Committee (SEC) hearing offers further insight into the depth of opposition to the project.  Despite the fact that the project has not been approved by the SEC, job fairs are already underway.  Simply Google ” northern pass opposition” and be prepared to spend hours upon hours of reading. 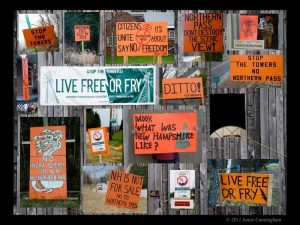 I have only lived in New Hampshire for 40 years, so I can’t claim to be a “native” like my wife.  However, I have been around long enough to see how some things get done and other things don’t.  If you asked my opinion today, I would have to opine that I believe the Northern Pass will get approved by the SEC and will get built, despite the strong opposition to its proposed construction.  That doesn’t exclude the possibility of some external “fatal flaw” scenario somehow torpedoing the project before construction, but that’s my view on where this all winds up.

Do I think the project benefits outweigh the costs?- NO

Do we need the project in NH?- NO

Do I think NH residents will embrace the project after it is built?- NO

Do I think NH voters will remember who the political “backers” are for the project and retaliate later?- YES

I have already previously expressed my technical/financial arguments against Northern Pass in Vol#3 back in February of this year. No need to repeat all of that, you can read it HERE if you like.  What I will say is that the the economics I expounded on back then, before the SEC hearings, proved to be correct during the hearings.  If you believe the applicant’s own numbers, the average 300 kwh residential customer would see a $1.50/month savings at most from this project. I could argue how that could ultimately also be zero.

I especially “feel” for the residents of our “North Country”.  The temporary disruptions and the permanent changes for them will be horrendous.  Once you take the Genie out of the bottle, you can’t put it back.  If you are simply a “fan” or “user” of the North Country, like myself, you should already be feeling the potential loss of what we once had.  Mother nature decided to finally take away part of our identity when the Old Man-in the-Mountain fell of the face of the earth.  However, Northern Pass was entirely preventable. 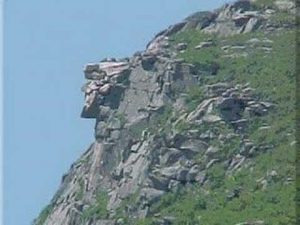 Mind you now, this is simply my opinion. But since you are reading our blog, that’s the way I see it.  The part that really grinds my cookies is the fact that this is an example of corporate cronyism at it worst, at least on a NH scale.  I have already been witness to how this all goes down in the swamp (Washington D.C.), its just sad to see more of the same in New Hampshire, as I was hoping we were better than this.  I am not shocked …… money can move mountains. The biggest surprise to surface, since publishing Vol#3 back in February of this year, is the gas pipeline controversy that now overshadows the whole premise of building new merchant transmission lines to Canada.  There is already a class action law suite filed, and maybe in another 3 to 5 years we find out truth…….. good or bad, about the origins and motivations behind Northern Pass.

In the end, the people responsible for getting Northern Pass built in New Hampshire will have to live with their actions.  Here’s hoping that the money they reaped in the process gives them little comfort in life!  For the rest of you, I mourn for your loss.

If you bothered to read some of our blog posts for 2017, thank you for your “engagement” in this one-off series.  I hope you were able to take something away that may help you in the future.   Thanks again to our “guest bloggers” who participated with their time and insights into many areas!!